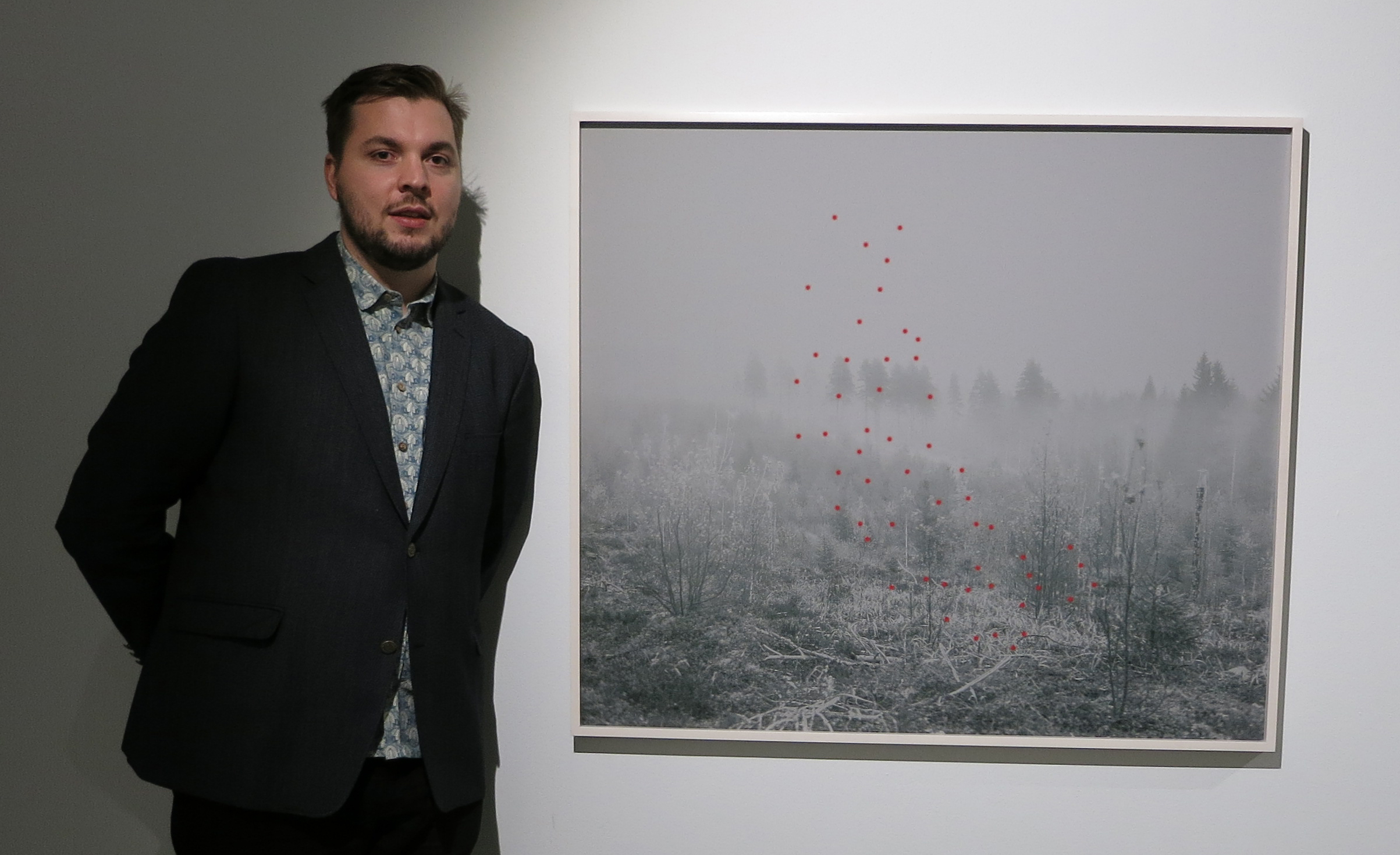 Photographer and visual artist Jaakko Kahilaniemi has won the main prize 10.000 euros awarded by Majaoja Foundation. Kahilaniemis series 100 Hectares of Understanding convinced the jury with its square uniqueness. The topic is familiar – its even said to be the second home for the Finns, mutual, mental space where all our roots could be traced. The artist is now slicing this home and heritage into pieces, measuring and weighting, archiving it with nearly scientific preciseness – yet keeping the human warmth in it. The series is ambitious, insightful and carefully considered until the production of the final piece of art and the entitling. One can sense the attachment and responsibility the artist, the owner has towards his forest.

Second Prize, 5.000 euros goes to Juha Arvid Helminen from his series The Invisible Empire.  Helminen carefully composes images of power, control and the use of strength that  both fascinate and faze the viewer.

3.000 euros is awarded to Juha Suonpää from his work IBIDEM. Suonpää has done enormous research while collecting material and information for the work that receives its world premiere tonight at the Backlight opening at Tampere Art Museum. Images made from glass negatives, picturing the events in Tampere 1918 civil war are all ready powerful as such. The artist has carefully combined these 1918 images to the 2017´s street view of Tampere in same location as the events took place in 1918. This creates a breathtaking atmosphere to the work which at the same is both timeless and very current.